In the spirit of staying truly naked, I’ll be honest and say I’m deathly afraid of water.

I stepped into a pool for the first time on my first day of middle school, holding onto a paddleboard for dear life and giggling away, waiting for our swim teacher to start the class. And well, as the story goes I drowned, remained unconscious for several minutes and when I came to, I decided to walk away from the pool and never look back.

Throughout my teenage and young adulthood, I have managed to stay safe in my cityscape, away from the deathly hallows of the beach and the ocean.

It was only recently after I started interacting with a lot more athletes, and movement-y people, that the Instagram algorithm decided to expose me to a lot more water sports-based content. A lot of it felt familiar, people diving off cliffs, or jet-skiing off into the horizon, and even parasailing up in the air – but surfing looked and felt new…and alien.

But, why should it have? India boasts a vaaaaast coastline of over 7500 km and rich history of seafaring. Our oceans also see some great waves, especially during the pre-monsoon and monsoon seasons. And surely, if we can ride banana boats, we can surf, right?

I guess what was most surprising was the sheer amount of people engaging in it. I wouldn’t call the surfing community in India huge, by any account. But, it’s still a sizable amount. There are over 11 surf schools in India, spanning across the coastline inviting tourists and locals to try their hand at conquering the waves all year round. India also hosts multiple meets, workshops and surf competitions throughout the year.

Wanting to learn more about India’s surf culture, we sat down with some pioneers of the surfing communities in India and asked them about surfboards, swimming, conservation, and all things surf. 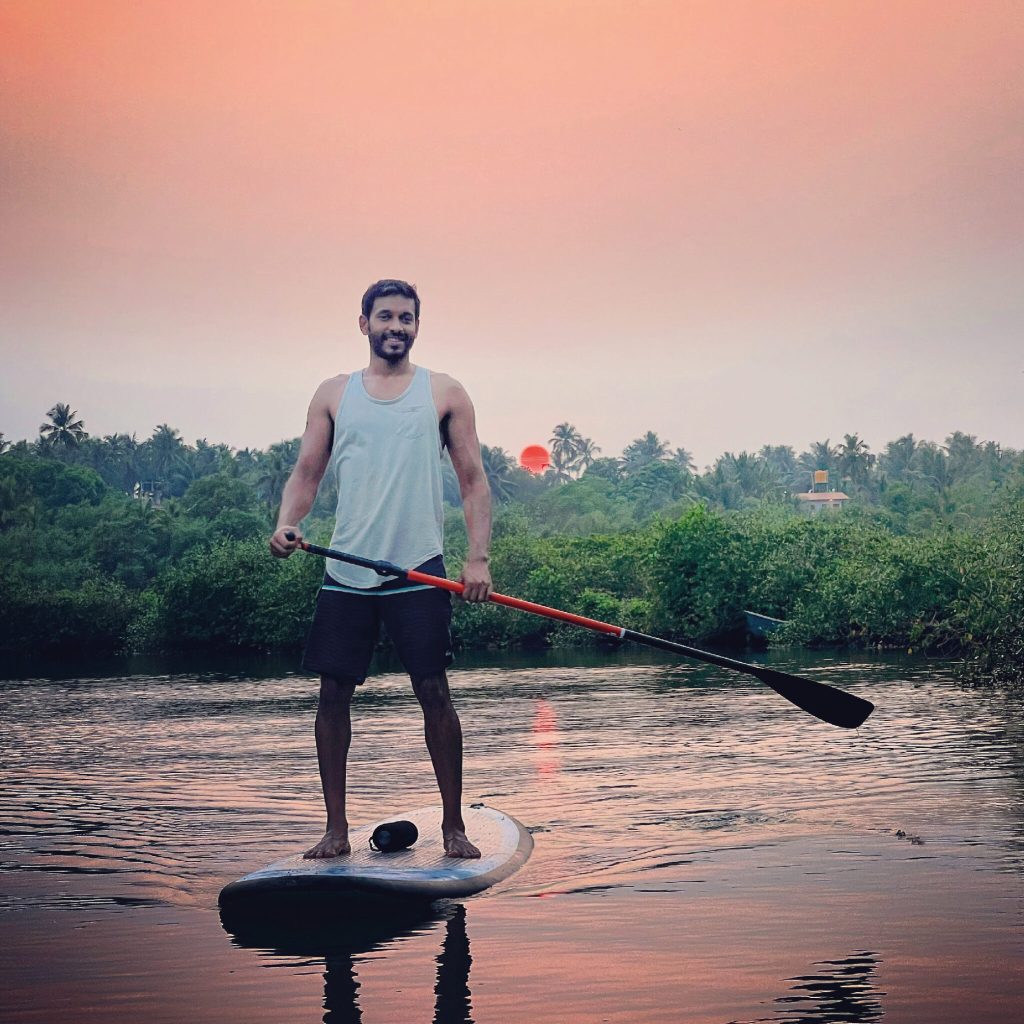 #1 Surf Song: Miles Away – Years Around The Sun
Partha first became friends with the ocean at the tender age of 6 when he accompanied his father to the beach to body surf. He started competitive swimming shortly after and maintained this affinity for water. However, it was much later that he caught his first real wave on a surfboard, as a 22-year-old in Midleton, South Australia. Having been bitten by the surf bug, he brought his surfboard back home to India and set out to catch his first Indian current in 2012.

He recalls the surfing community being a lot smaller at that time. “I think there would have been less than 50 people who could surf in the entire country. Most of them were on the east coast. There were very few surf schools in India – Mantra surf club were the pioneers followed by Shaka Surf club on the west coast of India. East coast had a few more early starting clubs, Kallialay surf club, Temple adventure where the clubs and old-time surfers like Velu and Mukhesh were inspiring many to take up surfing.”

As an aquatic educator and longtime proponent of sustainability, Partha believes that surfing and surf communities bring hope and fuel change for local people and the planet.

“Surfing brings humans closer to nature. People who have been connected with the ocean for a long time have seen the rise in Seawater temperatures. With hurricanes and cyclones bringing about more floods, aquatic education and water safety training has to be a part of everyone’s life for the forthcoming generations. I see surfers playing a major role in preparing our younger generation to learn and adapt to survive future calamities.”

When asked about the future of surfing and water-based activities in India, Partha remains hopeful. “As Indians are learning the importance of being outdoors and also more and more people are learning to swim, I see surfing and aquatic sports picking up in India. Development by the Surfing Federation of India, surf coaches training and many events throughout the year will see this sport reach new heights in the subcontinent.”